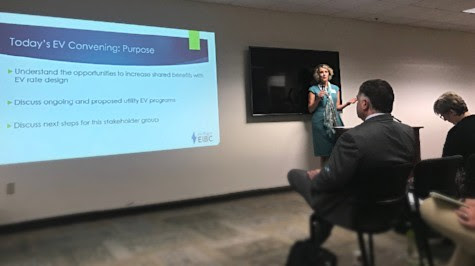 Michigan EIBC President Liesl Eichler Clark opened the convening by describing the preceding meetings, which, in addition to covering specific topics, served to emphasize that EVs are crucial to the deployment of automated, connected, and shared vehicles. 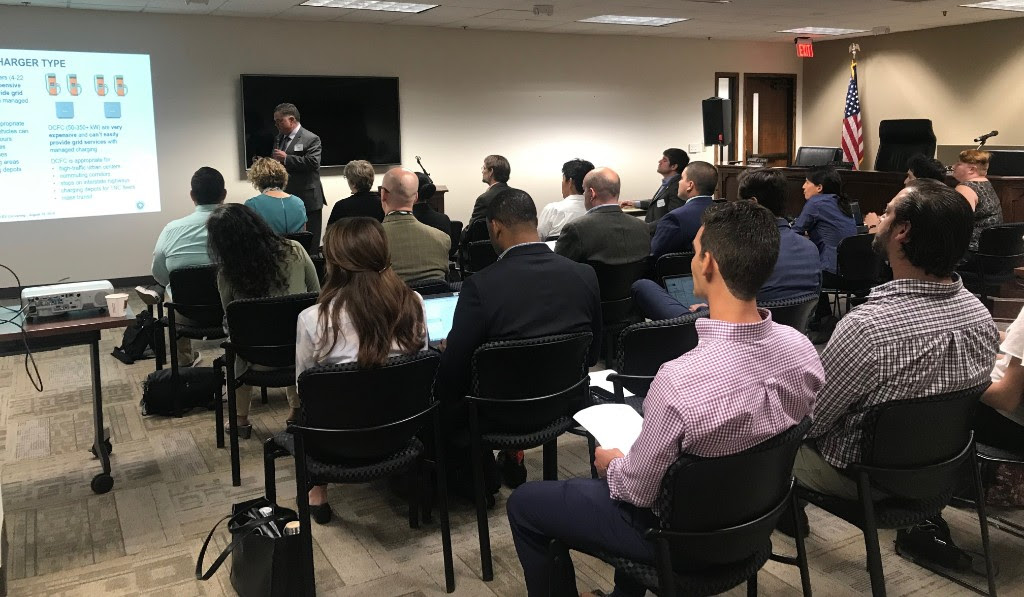 To start the programming, Chris Nelder, Manager of Vehicle-Grid Integration at the Rocky Mountain Institute described key considerations when designing rates for EV charging. Nelder outlined important goals for EV rate design, including that charging should be profitable, it should be cheaper than gasoline, Level 2 charging should be considerably cheaper than fast charging, and grid services provided by EV charging should be incentivized. EV charging stations should also have dedicated tariffs and meters (preferably in the charging station or vehicle). Nelder went on to identify the key challenges and issues facing EV rate design. According to Nelder, DCFC is currently a market failure due to 1) high capital costs, 2) low utilization rates, and 3) significant demand charges for the infrequent large loads. Nelder made it clear that while public DCFC infrastructure will play a critical role in a network of vehicle charging, most utility tariffs are not designed for DCFC operators, particularly when it comes to demand charges. Demand charges are particularly problematic at low utilization rates, which could account for 90% of the bill. Nelder emphasized that Michigan needs to implement time-of-use rates without demand charges when adoption is low, deploy a network of DCFC charging, and drive investment from the private sector through the use of the VW settlement funds.Robert Jackson next provided an update on MAE’s study of EV infrastructure needs. This effort has focused specifically on engineering design considerations but has not included a policy analysis yet. Some of the key take-aways include that DCFC is critical to building the necessary infrastructure to meet the needs of Michigan’s drivers and economy. The next steps as Jackson outlined them include, the drafting and circulation of an EV charging infrastructure roadmap based on the work MAE has invested to this point. The report will be ready later this year and will inform the spending of the VW settlement funding. Jackson shared that the strategy for the deployment of the VW settlement funds is to allocate the money over the course of three years in equal amounts.

To close the convening, Liesl Eichler Clark led a discussion of important next steps coming out of the five EV convenings held by Michigan EIBC. Clark highlighted that EVs are clearly an industry that is growing and will serve as the underpinning for advanced mobility solutions, of which Michigan is positioned to be a leader. EVs can be a grid tool that provides smart, dynamic load, but they must be properly integrated. As the transition to EVs occurs and has implications for transportation and electricity markets, stakeholder conversations and buy-in are needed for success. Reflecting back information from the various conveners, Clark identified key next steps, including the development of more stakeholder convenings that focus on particular policy outcomes, a roadmap for the next administration driven by a gaps assessment, and an initiative to take real action around customer awareness.

The audience also identified the following topics for further engagement: