This wind newsletter was originally published on April 13, 2018.

As part of the company’s emissions reduction goals, Grupo Bimbo will match 100% of its U.S. energy consumption with 100 MW of renewable electricity from Invenergy’s Santa Rita East Wind Farm in Texas.

“This agreement is a great example of how companies across all industries can view renewable energy as beneficial for both the environment and business,” said Invenergy’s CEO Michael Polsky.

“Grupo Bimbo is one of the organizations leading the way for sustainability in the baking industry, and as Invenergy continues to lead the way to a clean energy future, we are proud to help expand their commitment to using renewable energy on a global level,” Polsky said. 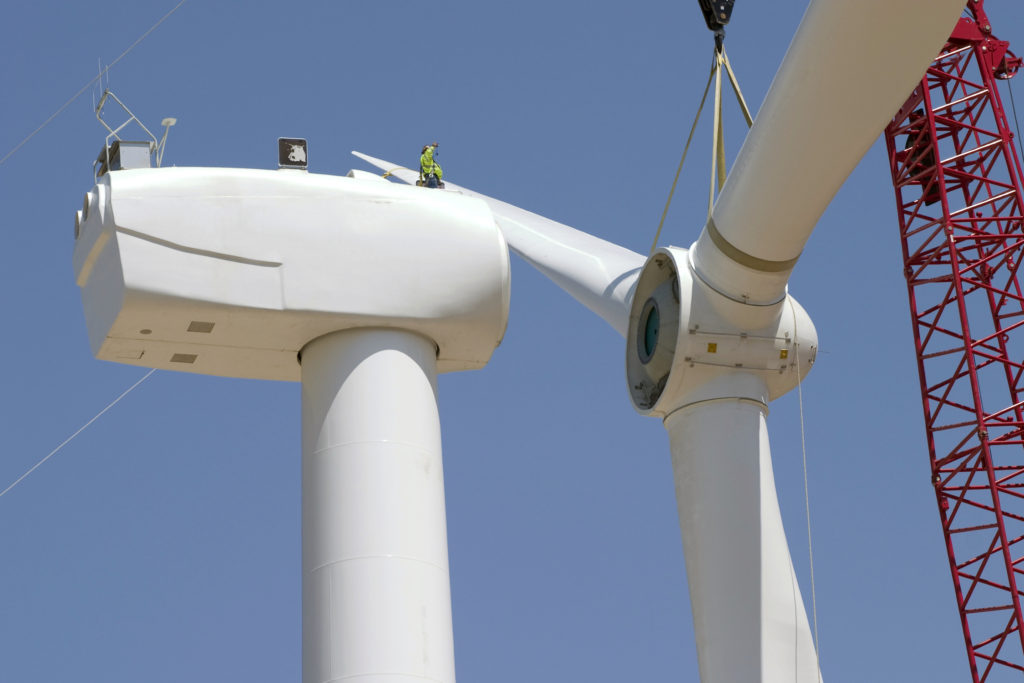 AWEA invites you to the Powering Forward conference May 7-10 in Chicago, Illinois. The conference, entitled WINDPOWER, will create an opportunity for the industry comes together to plan for the future and keep this success story growing. Register here.

Justin Carpenter serves as the Director of Policy at Michigan EIBC. Before joining EIBC, Justin worked as a Legislative Director in both the Michigan House and Senate, managing the Senate Judiciary and House Energy Committees. He has worked with various stakeholders and policymakers on both sides of the aisle covering numerous energy issues.

During his time at Michigan State University, he also interned in the Michigan House of Representatives and served as Build Coordinator on the executive board of Michigan State’s Habitat for Humanity. Justin accepted his first paid position in the legislature as an executive assistant in the Michigan Senate during his senior year, before graduating with a Bachelor’s degree in Political Science with an additional major in Economics.

Brianna Gerard is the Senior Director of Development for Michigan EIBC and the Institute for Energy Innovation. Brianna focuses on the vital work we do through the cultivation of business memberships and expanding the engagement in and sponsorship of events. In her 15+ years of nonprofit development and operations work – in the arenas of public safety, environment and healthcare – she has learned to measure success by three key metrics: audience engagement, educational impact, and ability to serve a strategic purpose. Brianna is driven, both personally and professionally, by her passion to protect and improve the health and environment for all Michiganders.

Previously, Brianna worked as a Clinical Operations Manager for nine years at multiple Planned Parenthood health centers where she became an experienced and strategic leader in healthcare management. Prior to that, Brianna was a development and events specialist for five years with the Michigan Environmental Council (MEC). She credits MEC and her mentor, Lana Pollack, for initiating her into the professional path of social services.

Brianna grew up in northern Michigan, acquiring a early love for being outdoors including boating, hiking, skiing and biking, and she continues to return to her hometowns for her children to experience the same. She attended the Haworth College of Business, at Western Michigan University, where she earned her B.A. in Business.

Grace Michienzi is the Senior Director of Policy for the Institute for Energy Innovation and Michigan EIBC. Before joining Michigan EIBC, she served as a policy advisor to Governor Gretchen Whitmer of Michigan on a variety of issues, including agriculture, Great Lakes, and human services. In that capacity, she collaborated with departments, stakeholders, and the legislature to develop and negotiate policy goals for the State of Michigan. Before becoming an advisor, Grace joined the Executive Office as a policy intern and worked on health and human services issues.

Previously, Grace was a GOTV staffer for the MI Democratic Party ahead of the 2020 election, where she planned and staffed campaign events for Lieutenant Governor Garlin Gilchrist. During her time in college, she held internships in the U.S. Senate Agriculture, Nutrition, and Forestry Committee, Michigan State University Center for Community and Economic Development, and MSU Extension. She also volunteered as a Solar Spring Break participant for GRID Alternatives, a non-profit organization that focuses on advancing economic and environmental justice through renewable energy.

Grace is a graduate of James Madison College at Michigan State University, where she majored in Social Relations & Policy and received a minor in Science, Technology, & Environment Policy.

During his time in college, Charlie served as an intern in U.S. Senator Stabenow’s office where he served primarily on the Energy and Environment portfolio, while also handling an administrative workload. He also worked as a Press Intern at the Fordham University’s Institute for International Humanitarian Affairs where he conducted primary research on the intersection of climate change and human rights. In 2020, Charlie authored and published a paper on climate change and rights-based litigation in the Journal Climate Policy.

Charlie is a graduate of Colby College, where he majored in Political Science and received a minor in Environmental Policy. He was the captain of the Colby squash team and was elected to the NESCAC all sportsmanship team.

Tanya is the Director of Strategic Initiatives for the Institute for Energy Innovation and Michigan EIBC, and a Senior Consultant at 5 Lakes Energy. At IEI and Michigan EIBC, she will be specializing in cutting-edge research and energy policy development and analysis. In over two decades in the industry, Tanya has worked in both the public and private sectors on behalf of the Michigan Public Service Commission, Direct Energy, ITC Holdings, the Organization of MISO States, and most recently as President of the Michigan Electric and Gas Association. She has held various policy positions, working with state regulatory commissions and legislatures, MISO, FERC, and a variety of stakeholder groups. She also served in leadership roles as executive of two associations, and a director on several non-profit boards, advising on organization and policy strategy.

Tanya has a law degree from Michigan State University College of Law with a concentration in Environmental and Natural Resource Law and a Bachelor of Arts degree in Political Science from Oakland University. She is a member of the State Bar of Michigan and President of the Energy Bar Association Midwest Chapter.

Tanya is co-founder and facilitator for Advancing White Anti-Racist Education (AWARE) and is training to become a certified meditation teacher.