This newsletter was originally published on May 26, 2017.

Advanced Energy Programs Hit Hard in Trump Budget Proposal
President Trump released his proposed budget for Fiscal Year 2018 on Tuesday, proposing to cut or eliminate a number of advanced energy programs in both the Department of Energy and the Environmental Protection Agency, among other departments.

Many of these cuts were expected, though the extent of the reductions contained goes beyond even what had previously been reported and gives new details about additional programs to be eliminated.

Overall, the proposed cuts to the U.S. Department of Energy’s energy programs are largely offset by increases in nuclear storage programs. However, this topline number masks much deeper reductions in individual programs, including a nearly 70 percent cut to the Office of Energy Efficiency and Renewable Energy. 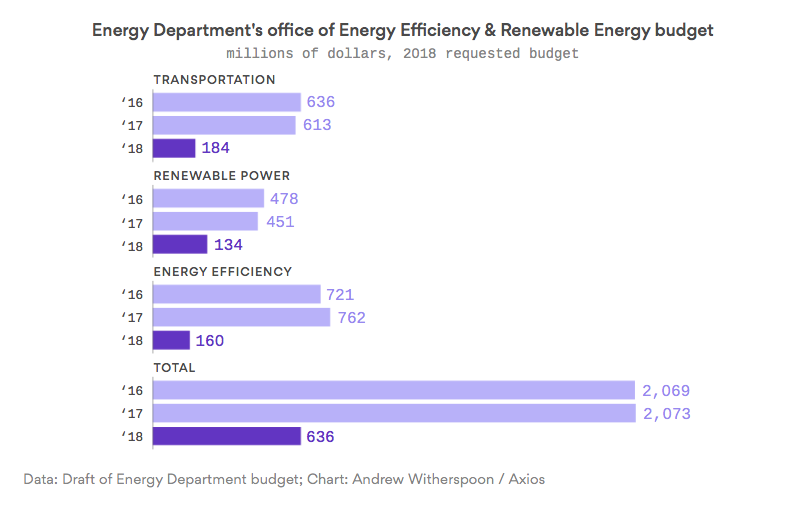 The Energy Department’s budget proposal also calls for elimination of a number of programs, including the Advanced Research Projects Agency-Energy (ARPA-E); the program that funds state energy offices; the DOE loan programs, including the Advanced Technology Vehicle Manufacturing loan program; and the Offices of Energy Policy and Systems Analysis.

The President’s budget proposal would also impose a 31% cut to the Environmental Protection Agency, the largest reduction of any agency or department. While the proposal to eliminate the successful ENERGY STAR program has generated some attention, the budget would also eliminate a number of other EPA-administered energy programs, including the Combined Heat-and-Power Partnership that works to spur deployment of cogeneration systems and the Green Power Partnership, which seeks to accelerate opportunities for businesses and communities to procure renewable energy resources, among other programs. The budget proposal also reduces EPA spending on basic research, cutting EPA’s Office of Science and Technology by nearly half.

The budget discussion now shifts to Congress, where legislative leaders have voiced concerns about a number of elements contained in the budget. In the budget deal from earlier this month that keeps the government running through September, Congress largely maintained funding for energy programs, increasing the DOE energy efficiency and renewable energy programs by $21 million while imposing a cut of just 1 percent to the EPA budget.

Michigan EIBC will continue to speak out for our member companies and the Michigan advanced energy industry, working with Michigan’s congressional delegation to highlight the concrete ways federal energy programs benefit our industry and our state.

With the addition of Wyoming, a total of twenty Michigan counties and the second largest city in Kent County are now part of the statewide financing program. 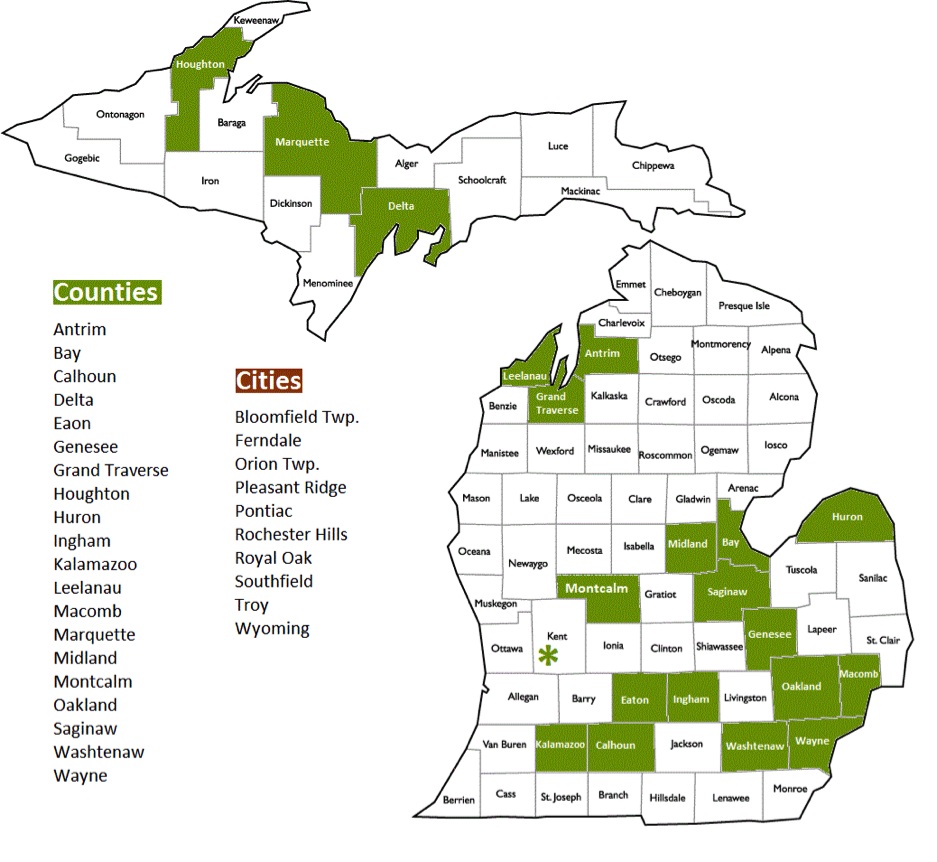 Michigan Energy Events:
Join Michigan EIBC, the American Association of Blacks in Energy (AABE), and Advancing Women in Energy (AWE) in Detroit for an Advanced Energy Networking Reception hosted by CLEAResult on June 16. There will be a brief program with remarks by Carla Walker-Miller, President and CEO of Walker-Miller Energy Services and President of The AABE Michigan Chapter and Liesl Eichler Clark, President of MiEIBC and boardmember of AWE. Register here.

The 2017 PlugVolt Battery Seminar is scheduled for July 18-20 in Ann Arbor. Industry leaders, policy decision-makers, and key stakeholders from more than 80 companies are expected to gather at the PlugVolt Battery Seminar to learn more about the challengers and opportunities for energy storage systems in grid/utility storage and automotive applications. Register here.

The Michigan Public Service Commission will host a technical conference on the future of electric vehicle charging on August 9 at the public service commission office, 7109 W. Saginaw Highway, Lansing. Subject matter experts interested in participating in a panel are asked to submit a letter of interest, resume and summary of expertise to Al Freeman at the commission offices or by e-mail to freemana5@michigan.gov.

The 1st Annual Sustainable Detroit Forum is scheduled for October 25. The event will consist of interactive learning, keynotes, and short presentations. Acoustic musicians will perform during breaks. Proposals for presentations will be accepted for Sustainable Projects, Personal Green Stories, and Lessons Learned/Greatest Failures. Proposals are due July 14.

National Energy Events:
GTM’s annual Solar Summit is scheduled for May 16-18, and GTM is offering 15% off tickets with the code MWENERGY15.

The annual AWEA Windpower Conference is taking place May 22-25 in Anaheim, CA.

TRC is hosting a two-day conference on Developing Solar on Landfills and Brownfields on June 12-13 in Chicago. The event brings together landowners, who will learn about how to turn their brownfield liabilities into clean energy assets, while solar developers will learn how to choose and develop on brownfields.

Greentech Media’s Grid Edge World Forum 2017 will be held in San Jose, CA on June 27-29. As the only conference exclusively focused on emerging distributed energy system, this event highlights the trends, opportunities, and innovation happening at the grid edge.

Additional Resources:
A web page from the Michigan Public Service Commission provides details on the laws, which took effect on April 20. For more information, or to sign up for notifications, visit www.michigan.gov/energylegislation.

The Michigan Energy Office (MEO), in partnership with the States of Tennessee, Georgia, Minnesota, Oregon, Pennsylvania, the National Association of State Energy Officials, and The Climate Registry, is inviting interested parties to comment on the National Energy Efficiency Registry (NEER) Principles & Operating Rules, which are open for public comment until May 31, 2017.  Information on the NEER can be found at www.NEERegistry.org, as well as a FAQ document and description of sample NEER user scenarios.

The NRDC has put together a blog on the recent announcements from Consumers and DTE.